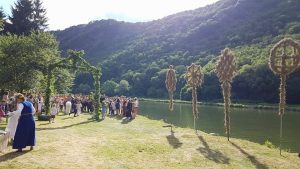 The gate separates the profane world from the sacred one, which we will enter having left behind our daily routine, unsolved problems and troubles.

The entrance through the gate is special: by singing sutartinė (a Lithuanian polyphonic song)  and walking in circles around each pole of the gate, we consecrate the gate in a particular way.

Then, we can wash our hands, thus symbolically washing away all our worries, so that we can enter in for the celebration clean and ready to celebrate and can be renewed. 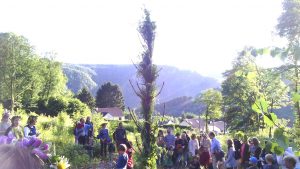 A pole whith branches, decorated with flowers and plants (Kupolė), is a symbol of the tree of life, the flourishing and maturity of plants. It is also no coincidence that the feast of Rasos was chosen to be celebrated at the point when the sun and nature itself are at their peak. It is the point of transformation, when all the flora shifts from the blooming stage to that of maturing seeds and fruit, thus giving rise to new life.

In a human life, it is the period of weddings; therefore, young girls willing to get married play the following game: standing backwards to the Kupolė, they throw their flower wreaths over their heads. The number of tries needed until the wreath stays on a branch indicates the number of years left until the girl’s marriage. 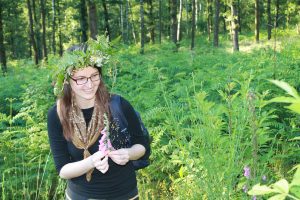 In the period of the Summer solstice, herbs and plants are particularly full of vital and magical power. These plants used to be called kupolės, since, just as with crops, this is the time they thrive and flourish (Lith. kupa). However, when picked after the Feast Day of St. John, the powers of the herbs fade, so people used to try and pick all medicinal herbs before or during the feast.

The Rasos feast itself was the time for picking the magical kupolė (a special bouquet of flowers, herbs, and plants), which was used to tell the future and to protect oneself from evil forces… For the future-telling, one has to pick a separate bouquet of 9 herbs and plants, which must be picked in bunches of three herbs from three different spots, by walking three steps in ever different direction to go from one spot to another. The plants must be collected in silence.

Ancient Lithuanians believed that wading in new grass and picking medicinal herbs fortified humans  and protected them from evil spirits.

A wreath with no beginning or end is a symbol of eternity and continuous reoccurrence.

While weaving a wreath, we create a circle of flowers that we place on our heads, thus crowning ourselves. A circle is a shape that symbolises a never-ending movement, plenitude, harmony, completeness, and perfection. Thus, a wreath as a circle of flowers allows us to experience plenitude coming from the gifts of Nature, which are plants, and – through them – the never-ending energy of the Universe itself.

Wreaths are to be woven by everybody, including women, men, and children; and everyone should do it by themselves.

HOMAGE TO CROPS AND BREAD

Crops used to be an element of great importance in the Rasos feast. It was obligatory that girls with wreaths on their heads or young men carrying firebrands of the main Joninės fire should walk around crop fields, thus ensuring their protection from natural disasters and securing a good harvest. The act of walking in circles around the field is magical in itself, linked to the idea of a round circle that lies in the wreath.

In the Rasos feast, the blooming of rye is referred to as clouding (Lith. rasoti) or scudding (Lith. plaukti) of rye… It is believed that this might have given rise to the name of the feast itself as it was always celebrated at the time when rye and wheat bloomed. Crops are future bread. Bread is a symbol of human life and prosperity. It was cherished and held in particularly high esteem.

By paying homage to rye and bread through songs and polyphonic sutartinės, we give thanks for all the prosperity in our lives. Later, we break bread and share it, as a sign of solidarity and assistance to each other. 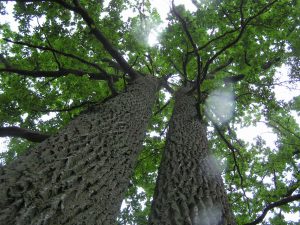 To ancient Lithuanians, the oak used to be a sacred tree, a mediator between the here and the beyond; therefore, it was also in oak groves that our ancestors used to build altars to their gods.

By singing songs about oaks, we first of all think about our Homeland, wishing it the firmness of the tree, and longevity along the paths of history.

By lighting an altar, we pay our respects to our ancestors’ faith, which was always their main support and value in life. Every moment in life or action that had more significance used to be accompanied by rituals of faith, which, just like the perception of God itself, evolved over time.

Humans are spiritual beings; therefore, we too can address our God (or a Higher Power) according to our level of faith, using the ancient sign of expression and means of faith, namely, the fire of an altar.

By throwing grains of rye on the altar, we thank God and entrust him with our daily lives, with all their worries and joys. By sacrificing amber dust, we think of our goals and dreams, and pray for them to come true.

SEEING OFF THE SUN

The sun on this feast day is the main “character” since its journey is at its peak at that time. It is the time when the sun, at sunrise and sunset, seems to freeze on the horizon. This happens twice a year: in winter and in summer. The Latin word “solstitium” means the standstill of the sun. When the sun is at a standstill in the sky, humans must celebrate, not work. In the old days, the feast of Rasos used to last at least for a weak rather than one day.  And it is said that on the 29th of June, on St. Peter’s Feast Day, those who do not sleep can see the sun dance. Such a saying can be explained by the change in the trajectory of the rising sun, which is already visible at that time, when the sun turns around and its daily route over our heads and the horizon begins to get increasingly shorter.

By singing songs at sunset, we bid farewell to the sun, as from now on we will enjoy its light and warmth less and less, and for a shorter time…

Since time immemorial, the bonfires of St. John’s Feast  Day have been lit every year as a substitute for the sun during the brief period of its absence, thus ensuring the complete victory of light over darkness at least once a year.

We light the bonfire with the fire brought from the altar, which makes it special, purifying, and cleansing… People used to take this new fire home to bring protection and blessing to their houses.

Jumping over the bonfire on the night of Rasos is a must for everyone who whants to improve their health and gain strength for the upcoming work in the fields during the summer, as well as for those wanting to insure their homes against fire. And if a young man and a girl succeed in jumping over the bonfire holding hands, this is a sign they will become a couple or get married in the coming year.

This is a rite of bringing together and paying respect to the coalescence of all the four elements: earth, air, fire and water. A wreath of plants with a fragile flame in the middle is a reflection of a human life itself, set to float down the river. We can watch the wreath try and keep the light alive amidst the element of water, especially if the weather conditions are not that favourable that year… And if the wreaths of a young man and a girl met, tradition used to see it as a sign of the coming wedding of the two that year…

Constructions of Baltic patterns on tall poles symbolize the climax in the journey of the returning Sun. In the old days, there was a belief that the flames of Joninės do not only substitute the missing Sun for a short while but also provide protection and welfare to humans and their environment for the whole year…

To us, these Baltic signs are symbols of the beauty and wisdom of our ethnic identity, and the flaming stebulės serve as our endeavour to preserve and reveal the Baltic culture to the rest of the world.

As we know, this plant has no flowers. The only description of a fern flower in folk stories says that it shines. According to legends, the perseverant, the brave, and the selfless might be lucky enough to find a fern flower on the night of Joninės.

The fern flower of the Rasos feast is associated with knowledge and light. It is not without reason that we refer to a wise person as a bright person. In order to find the fern flower, a person must go deep into the forest before midnight, and once they find a fern, they must stay there waiting, resisting the terrifying attempts of the world of the spirits to scare them away. If the person succeeds and resists, at midnight the fern flower might light up for them, opening up the path to knowledge to them. It is the knowledge that comes from spiritual effort rather than by accident. Therefore, the one who finds the flower acquires clairvoyance and finds their happiness, love, and friendship. However, there is one condition: once you find a fern flower, you are not to use its powers for selfish purposes, or else all the forces it provides will disappear.

Stories say that the one who finds the fern flower and gains understanding of the language of birds, animals, trees, and all nature, is transformed from a subjugator of nature into its protector, living in harmony with nature.

WELCOMING OF THE SUN 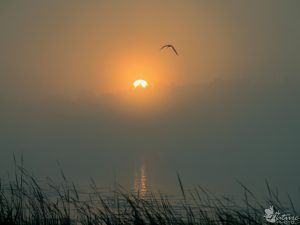 At sunrise, everyone gathers on a hill to welcome the sun. Ceremonial songs are sung to welcome it.

It used to be said that on that morning “the sun dresses up, changes colours, bounces or is encircled with coronas.” As M. Glemžaitė put it, “on the morning of Joninės, the sun is encircled with coronas. The coronas turn and bolt around the sun… Some coronas are pink, others take other colours, similar to a rainbow. The village youth await the sunrise to see the coronas of the sun. They later boast about it not being the first time that they see them.”

The descriptions of the rituals are based on insights by J. Vaiškūnas, L. Klimka, A. Žarskus, and others. Translated by Rasa Galkytė